What Age Do Most People Get Alzheimer’s Disease?

According to the National Institute on Aging, Alzheimer’s Disease is an irreversible, progressive brain disorder that slowly destroys memory and thinking skills, and eventually the ability to carry out the simplest tasks. Estimates vary, but experts suggest that more than 5.5 million Americans may have Alzheimer’s.

In 1906, Dr. Alois Alzheimer noticed changes in the brain tissue of a woman who died after experiencing a rare mental illness. Upon examining her brain, he found many abnormal clumps (now called amyloid plaques) and tangled bundles of fibers (now called neurofibrillary, or tau, tangles). These have become some of the main features of Alzheimer’s disease.

The signs and symptoms of Alzheimer’s disease occur in stages, as it is a progressive disorder. The first stage includes the beginning changes in the brain, of which no one can see outwardly. In the second stage, a person begins to forget simple things such as a word, where they placed something or someone’s name.

The third stage of Alzheimer’s disease is the beginning of a rapid decline. This stage is when people begin to forget things they just read, ask the same question over and over, forgetting to pay bills or missing appointments. The fourth stage includes forgetting more obvious things such as the date, what month or season it is, and forgetting details about oneself.

The final stages of Alzheimer’s are when someone may not recognize family members, forget their names or mistake one person for another. Delusion sets in, such as a person thinking they are in their childhood or that they are somewhere they are not. Finally, people begin to no longer tell when they are hungry or thirsty, and even forget how to lay down or sit up.

What You Can Do

While there is yet no cure for Alzheimer’s, there are many things you can do to get involved with the fight against this disease.

To find out more about battling these changes in the brain and preventing Alzheimer’s disease, more research needs to be done. You can help advance research in many ways, including becoming active in fundraising, making donations or even participating in a clinical study.

Participate in a Clinical Study

If you or a loved one is currently battling Alzheimer’s disease or are beginning to notice the first signs and symptoms, you may be eligible to participate in a clinical study. Researchers need to be able to test new medications and treatment methods on actual patients, which will help progress the knowledge surrounding Alzheimer’s disease.

Not only will you receive closely-monitored medical care, but you will also have access to cutting-edge treatments and even be financially compensated. The best part? You will be helping to advance research for Alzheimer’s disease for generations to come. If you are interested in taking part, fill out this form to let us know.

Should I Participate in a Clinical Trial?

According to the National Institutes of Health, clinical trials are defined as research study in which one or more human…

Why Try a Contraceptive Clinical Study?

Why Try a Contraceptive Clinical Study? Ever thought about trying a clinical study? Do you want more options for contraception?… 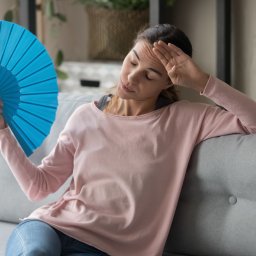 How Long Will I Have Hot Flashes?

How Long Do Hot Flashes Last? Hot flashes, one of the most common symptoms of menopause, can be extremely uncomfortable… 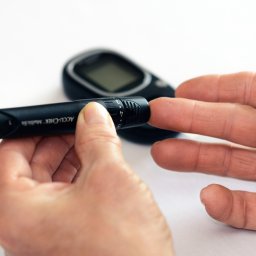 What Are The Best Ways to Fight Diabetes Type 2?

According to the American Diabetes Association, diabetes is a problem with your body that causes blood glucose (sugar) levels to…

Is There a Medicine That Stops an Overactive Bladder?

Understanding Overactive Bladder Do you suffer from the abnormally frequent urge to urinate? Chances are, you are suffering from overactive…